Female factory inspector was 1st to warn over Asbestos in 1898

Female factory inspector was 1st to warn over Asbestos in 1898

The dangers of asbestos exposure have been known about for a very long time.

Infact, the 1st warnings about the toxic substance emerged in the late 1800’s.

It was a female factory inspector by the name of Lucy Deane that first raised concern over asbestos in 1898.

Lucy worked for the Home Office and compiled a report exposing the dangers of asbestos.

In her report she wrote of the “easily demonstrated dangers to the health of workers” and how examination of asbestos under a microscope revealed “the sharp glass-like jagged nature of the particles”. 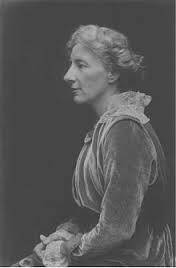 The report was to cause uproar amongst factory owners.

Other female factory inspectors as well as Lucy highlighted their concerns over asbestos later in 1909 and 1910.

But despite all the ladies findings being published in the yearly HM Chief Inspector of Factories report, their warnings were ignored.

The report would be highly circulated amongst the high ranking decision and policy makers.

Yet the ladies concerns were not taken seriously or acted upon.

It would appear making money was far more important than the health of workers.

It wasn’t until a few years later in 1911 that a Professor at Sheffield University made a direct link between asbestos inhalation and the formation of fibrosis.

Professor J. M. Beattie carried out tests on rats as part of the experiment.

The tests confirmed that asbestos exposure lead to asbestosis and other diseases such as mesothelioma and lung cancer.

Later, in 1927, a local Doctor in Leeds carried out his own study.

Dr Ian Grieve studied and compiled a report on the health of workers at a local asbestos factory.

The workers duties would include hand beating asbestos mattresses.

This particular task was found to be a major factor in the spreading of asbestos dust particles.

And this was the main reason workers went onto develop asbestosis within just 5 years.

But again, Grieves’ study findings were ignored by the factory owners.

By 1932, the Government finally intervened and introduced new regulations with a policy for ‘no dust in the workplace’.

This meant that factories had to have a ventilation system installed and to provide their staff with protective clothing and face masks.

But these new regulations only helped to protect the factory workers themselves.

Nobody took into account the families living in the towns around the factories that would be affected by asbestos exposure.

Or indeed people working in other occupations such as ship workers, electricians and teachers.

So these people would eventually fall victim to the deadly asbestos.

Duty holders and employers have a legal responsibility to manage asbestos in their building so as not to put employees at risk. Contact our Armco office for asbestos management and refurbishment/ demolition surveys on 0161 763 3727 or by visiting https://www.armco.org.uk/