Bosses at Turner and Newall, the world’s biggest asbestos factory based in Rochdale, reportedly spied on journalists and environmental campaigners after they highlighted the dangers of asbestos fibers to the public.

They then  launched a campaign against them, accusing them of being communists.

They monitored these people and kept records detailing their activities during the 1980’s.

An award winning tv documentary was made telling the story of how former factory workers were dying as a result of inhaling asbestos fibers.

Bosses at Turner and Newall enlisted the help of former MP Cyril Smith to discredit the makers of the film, but he failed to do so.

There is now a call from leading campaigners for a full-scale inquiry to be made into the activities against them and other campaign groups within the UK.

Cyril Smith’s association with Turner and Newall has also raised concern after it came to light that they actually wrote his speech that he made in Parliament about the safety of asbestos and support of it’s use in industry..

Chief executive of Friends of the Earth, Craig Bennett, who are listed in the Turner and Newall files, says that the findings are shocking.

Craig said, “It’s clear that as long as people have campaigned for a better world, corrupt sections of the elite have tried to undermine their activities and misrepresent their arguments. It is very clear now that there has been spying on organisations such as Friends of the Earth over many decades by government and commercial forces.”

“It’s shocking that business leaders who realised they were losing the argument on a vital issue like as asbestos resorted to these methods. There needs to be an inquiry into how public authorities and companies spent money investigating peaceful organisations campaigning for the public good in a democracy.”

Various details have come to light, including a letter dated 11th January 1983 that was discovered in the Turner and Newall archives.

The person then sent them back a three-page report detailing everything that was said at the meeting.

In the archives, it was also discovered that bosses at the factory had instructed that a ‘very confidential report’ be made on researchers that were involved in making a Yorkshire TV documentary, which told the story of a 47 year old former asbestos worker, Alice Jefferson, who was dying from mesothelioma.

The documentary specifically linked asbestos to cancer and condemned the use of asbestos in manufacturing in Britain, calling for the UK government to take action.

This was despite claims by the government and doctors at the time saying that asbestos was safe.

People at that time were not aware of the dangers of asbestos and the fact it could cause cancer.

Attempts to discredit the documentary were made by Turner and Newall, who went on to produce a top secret report on the researchers and other people involved, such as local asbestos campaigners.

In this report they made claims that the people involved in the making of the film were communists, and they also made allegations that they used the headquarters of Friends of the Earth as their offices.

The secret report also named a number of Labour MPs, stating that they were associated with environmental groups, and said that “those groups would go to great lengths in their efforts in attempting to bring down a company”.

It was a local Rochdale asbestos campaigner that discovered the archives at the old firm.

Documents reveal how Turner and Newall bosses reached out to Cyril Smith for his help in their efforts to conduct a smear campaign.

One letter found is addressed to Cyril Smith at the House of Commons, where arrangements were made to meet him ahead of a committee hearing.

At this hearing, Yorkshire TV directors were due to give evidence.

Turner and Newall had attached a list of questions that they wanted the committee members to ask the TV directors.

The television directors had to defend accusations at the meeting that their researchers on the programme were communists.

Cyril Smith is said to have received letters at the time from the bosses at Turner and Newall thanking him for all of his help in connection with the hearing. 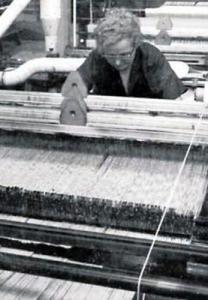 Researchers have their say

In the archive files that were found, copies of newspaper cuttings were discovered that revelled in the allegations against the researchers, accusing them of being communists.

But as a result of the film being shown on TV, it prompted the authorities to take action and calls for lower dust levels in factories were brought in.

Cyril Smith always defended his actions, saying that as far as he was concerned there were no dangers of asbestos to public health, and even went onto say that he thought that Turner and Newall should sue Yorkshire TV over the tv documentary they made.

One of the researchers of the film, James Cutler, said “We were certainly not Communists. I was never a member of any political party. We never even visited the Friends of the Earth’s offices. We were journalists doing our jobs.”

“Turner and Newall put together a lot of rubbish information and used it to brief MPs, but if you have to deny something in the House of Commons under oath, it puts a seed of doubt in people’s minds and that’s what they tried to do. It was underhand and pathetic.”

“I never had a feeling that we were being followed, but we did feel when we went to Rochdale that it was a company town. If you were talking to a widow in one street, people in another street would know what you were doing.”

“Our motto while making the film was to leave no stone unturned and that’s what we did. Ultimately, the firm stopped using asbestos.”

Rochdale-based campaigner and PhD researcher, Mr Addy, who discovered the archive said, “There now needs to be a full investigation into Turner and Newall’s role in undermining the democratic process and its links with Cyril Smith.”

Duty holders and employers have a legal responsibility to manage asbestos in their building so as not to put employees at risk. Contact our Armco office for asbestos management and refurbishment/ demolition surveys on 0161 763 3727 or by visiting https://www.armco.org.uk/