A new drug that has been developed by scientists is giving asbestos cancer victims new hope as it is found to beat the deadly cancer, mesothelioma, which is linked to asbestos.

94 per cent of mesothelioma patients who took part in a recent clinical trial responded well to the drug.

It is designed to strengthen the immune system to help the body fight the disease.

Leading expert on mesothelioma, Dr Raffit Hassan, from the National Cancer Institute in the USA, who led the pioneering research, said: “This is a breakthrough and these preliminary results are very exciting. This is a very hard-to-treat disease.”

Chances of survival are pretty slim and figures haven’t exactly improved over time.

In this particular study of 38 patients, 86 per cent were found to have significant shrinkage of their tumours. 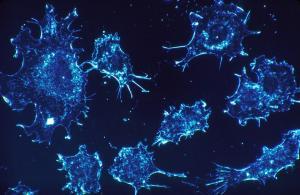 The drug known as ‘CRS-207’ has now been granted orphan drug status by the US Food and Drug Administration.

This means it can now be fast-tracked onto the open market which is fantastic news for cancer sufferers.

The drug is injected into the patient and contains a diluted, noninfectious version of listeria bacteria.

This bacteria is developed so that it releases a protein that can also be found on the mesothelioma cancer cells.

As a result, this triggers the immune system enabling it to kill the cancer cells and the bacteria without the risk of contracting listeriosis which is a listeria-related illness.

New drug could be used to treat other cancers

Dr Hassan said: “When the listeria bacteria are killed the immune response is then increased and in turn this kills the cancer tumour. Our goal is to put asbestos cancer victims in long-term remission and based on this small study, I think this is possible.”

Scientists have also researched and discovered that the same protein found on mesothelioma cells can also be found in stomach, ovarian and pancreatic cancers.

As a result, clinical trials are now underway to explore if it’s possible for the same treatment technique to be used to treat these types of cancers too.

The family of a former teacher who is dying of cancer caused by asbestos exposure whilst working in schools, are calling on the Government to protect pupils and staff in schools and have launched a petition.

Mrs Stephens had a long career as a teacher and taught at schools across Buckinghamshire for 30 years or more.

Her daughter strongly believes her cancer was caused by exposure to asbestos whilst working in these schools.

Alternatively call 0161 761 4424 or visit https://www.armcoasbestostraining.co.uk/ for enquiries or to book a training course.