Leeside Cut & Core Contractor, based in County Cork, Ireland, have been taken to court and fined €50,000 (£44,000) after they ignored asbestos ceiling tiles on a demolition job.

The demolition works took place at a two storey office building and put workers there at risk of asbestos exposure.

The 1970’s building contained asbestos ceiling tiles as well as asbestos insulating board (AIB) on both the ground and first floors.

It was also discovered that the floor tiles and bitumen contained chrysotile asbestos.

After a tip off, the Health and Safety Authority (HSA) started an investigation into the matter.

The HSA Inspectors discovered that the demolition works were not being carried out in the appropriate manner and hence the ceiling tiles had been damaged.

Tom O’Sullivan, HSA inspector, told the court that there was a lot of debris found at the offices.

He said demolition workers should have known the ceiling tiles contained asbestos as they were clearly marked as doing so. 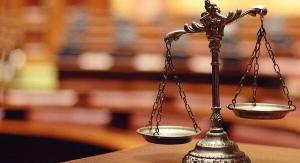 The judge presiding over the case said, “This is quite an alarming case. There is nobody – be that judge or labourer – who is not aware of the dangers of being exposed to or working with asbestos.”

“Yet this company in a cut and core job carried on nonchalantly in the presence of asbestos. Asbestos dust is known about.”

“It is not one of these hidden dangers. It is on the ceiling [marked asbestos tiles] and all this dust is on the floor and they started driving diggers on it.”

Cian Cotter, the defendant’s lawyer, told the court that he accepted employees and directors for the company stayed on site after being alerted to the presence of asbestos,  saying they only did this in order to make the site safe for those with the task of removing the asbestos.

He also stated that the employees’ job was to remove the partition walls – they were told NOT not to interfere with the ceiling tiles.

The employees were said to have been informed about the presence of asbestos and given gloves and masks for protection.

Leeside Cut & Core Contractors accepted that they had failed to protect their employees.

It was ruled that if they agreed to pay €5,000 within a year that they could apply to pay the remainder in installments over the course of 10 years.

The clients at the office building who had requested the works to be carried out, AV Pound and Company, also pleaded guilty in court to reg 6(1)(a) of the Safety, Health and Welfare at Work (Construction) Regulations 2013, contrary to s 77(2)(c) of the Safety Health & Welfare at Work Act 2005.

HSA’s assistant chief executive, Sharon McGuinness, said of the case, “This particular case highlighted that attempts to demolish structures below or adjacent to high-risk asbestos containing materials should not be attempted. All reasonable attempts should be made to remove all such materials by competent asbestos removal contractors prior to any demolition techniques being applied.”

Did you enjoy reading about Asbestos ceiling tiles ignored by contractor?  Then check out our other posts below.