Lawyers and family of asbestos victim issue plea to employers

A former asbestos removal worker’s family and lawyers say they urged his employers to mark Workers’ Memorial Day by renewing their commitment to health and safety following his illness and death two years ago from mesothelioma.

The event took place on the 28th April.

The point of Workers’ Memorial Day is to ‘remember the dead and to fight for the living’ by paying respects to those who have died as a result of their employment.

This memorial day also aims to improve health and safety standards in the workplace.

His family were among those who marked the memorial day this year.

Shortly before he died, Stuart revealed that his exposure was more than likely linked to asbestos removal work he did in the 1980s for Hertel UK.

Stuart said he was never given training before jobs, and in some instances he wasn’t even provided with personal protective equipment.

Irwin Mitchell, Specialist asbestos-related disease lawyers, are currently working for Stuart’s family to try and gain justice for him. 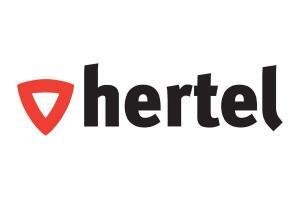 “While so much has been done to improve health and safety in the UK across recent years, it is an unfortunate truth that thousands of people still die each year as a result of working in unsafe conditions.”

“As well as highlighting the devastating consequences that asbestos exposure can have, Stuart’s story is an important reminder of how the provision of the right training, equipment and support can make a huge difference to the safety of workers.”

“It is vital that employers mark Workers’ Memorial Day by thinking again about their commitment to health and safety and also reaffirming their responsibility to keep their staff properly protected from all potential risks.”

Wife talks about husband’s asbestos illness and effects on family

Stuart informed his lawyers before he passed away that his work would often involve removing asbestos from a range of sites including power stations such as Drakelow A and B in Derbyshire and Neepsend in South Yorkshire.

Some tasks he would carry out without having received any safety equipment or clothing.

There were also some instances where he was given equipment but not shown how to fit it properly.

He believed that the decontamination process on a lot of sites wasn’t done properly, with tents used on the jobs not sealed properly or even taken down properly.

Kathleen, aged 52, whom he was married to for 10 years said, “Stuart first started to develop breathlessness late in 2015 and his condition deteriorated rapidly from that point onwards. He lost a huge amount of weight and needed help with every day-to-day task you can imagine.”

“It got to the point where he could barely speak due to his breathlessness and he also went on to develop other issues like bed sores. It was just devastating for me and the rest of the family to see him in this way and it is shocking to think this all happened as a result of this work.”

“It is now nearly two years since we lost him and not a day goes by that we do not think about him. You simply cannot help but wonder what our lives would be like if he was still here and we miss him so much.”

“Every event, like birthdays, Christmas and weddings, is a reminder that he should be here with us. He also never got the chance to meet his second grandson, who was born in November last year– and that it is particularly hard to take.”

“We just hope that by raising awareness of our story, employers will treat the health and safety of workers as the important issue it is. Paying lip service to the matter is not enough and businesses have to ensure that proper training, equipment and safety advice is always offered.”

“As Stuart’s death shows, the consequences of failing to do so can be massive.”