The EPA (Environmental Protection Agency) in the U.S is to go ahead with plans to introduce a new asbestos rule known as SNUR.

There are fears that the introduction of this new asbestos rule will mean an expansion in the use of asbestos on a commercial level.

Asbestos is a dangerous mineral that has been proven to cause deadly diseases such as mesothelioma.

If the proposed ruling is given the go ahead, it will mean that companies will be authorised to manufacture, import and process more than a dozen asbestos containing products that are no longer in use, just so long as the EPA approves them first under the new asbestos rule.

The EPA explain, “The Agency has found no information indicating that the following uses are ongoing, and therefore, the following uses are subject to this proposed SNUR: Adhesives, sealants, and roof and non-roof coatings; arc chutes; beater-add gaskets; extruded sealant tape and other tape; filler for acetylene cylinders; high-grade electrical paper; millboard; missile liner; pipeline wrap; reinforced plastics; roofing felt; separators in fuel cells and batteries; vinyl-asbestos floor tile; and any other building material [other than cement].”

Although asbestos has been banned throughout at least 60 countries worldwide, including the whole of Europe, it still isn’t banned in the U.S., just regulated.

A variety of their products still contain asbestos such as brake pads, some roofing materials, corrugated sheeting and automobile clutches.

Asbestos was listed within the top 10 list of dangerous chemicals by the EPA in December 2016, meaning it would be subject to risk evaluations by the agency.

But with the introduction of SNUR, those campaigning against asbestos are worried that it will lead to new or revitalized uses of asbestos, and products will creep back into homes, schools and public buildings.

Which Asbestos Products will be included under SNUR asbestos rule?

There are 14 asbestos product categories that the EPA have listed under their new SNUR asbestos rule.

They describe these categories to be where manufacturing, importing and processing for the use is no longer ongoing, but was used previously in the U.S before 25th August 1989.

Companies intending to either manufacture, import or process such goods for new use will be required to notify the EPA at least 90 days beforehand. 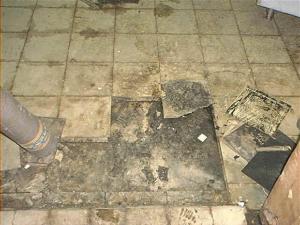 Asbestos Products not included in SNUR

There are still lots of products used in the U.S containing asbestos that SNUR won’t evaluate, including:-

In 1989, the EPA attempted to ban asbestos completely by introducing the ‘Asbestos Ban and Phase-Out Rule’.

But this backfired as they were sued by asbestos manufacturers and the new rule was overturned by an appeals court in 1991.

Instead, the courts ruled that the EPA could ban six product categories if the products were not currently being manufactured, processed or imported as of July 12th 1989.

Worryingly, if this new SNUR rule is given the go ahead, it would overturn the previous ban on new uses.

Did you enjoy reading about the EPA’s new asbestos rule?  Then check out our other posts below.