Mesothelioma on the rise in Iceland despite asbestos ban

Mesothelioma on the rise in Iceland despite asbestos ban

Even though asbestos has been banned in Iceland for over 30 years, Researchers conducting studies at the University of Iceland, and the Centre for Health Security and Communicable Disease Control, have discovered that cases of mesothelioma cancer are on the up.

Iceland imported asbestos containing materials for decades to use within the construction industry.

It became apparent though in the early 1980’s that asbestos was affecting people’s health, as the number of cases of asbestos related cancer rose steadily.

Even after the ban on asbestos in the country, researchers discovered that by 2014, numbers of mesothelioma deaths were still increasing rapidly. 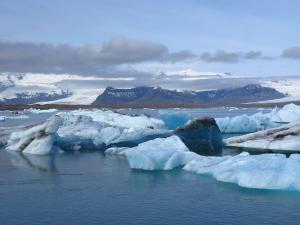 Even though studies have proved that asbestos bans do work, unfortunately, it can take a long time to see evidence of this.

This is because it can take many years for a person exposed to asbestos to display any symptoms.  So although an asbestos ban could help reduce cases of mesothelioma overall, and stop people from contracting mesothelioma from exposure to asbestos at the current time, those people that came into contact with it many years ago may not be so lucky as it could already be in their body.

The Researchers have said that Iceland remains under great threat from the disease, even all these years after the asbestos ban.

“In line with the previously high per capita volume of asbestos import, many buildings, equipment, and structures contain asbestos, so there is an on-going risk of asbestos exposure during maintenance, renovations and replacements.  It is thus difficult to predict when the incidence of malignant mesothelioma will decrease in the future.”