Energy providers SSE Hornsea have recently been given a slap on the wrists following asbestos exposure to employees and contractors.

SSE Hornsea received a court fine of £300,000 after it was revealed that 13 employees and maintenance contractors had been exposed to white asbestos.

The fine was as a result of an incident that took place in East Yorkshire at a gas storage facility.

3 mechanical maintenance engineers were involved in the removal of a non-return valve from a compressed air distribution system.

Problems arose when the engineers came to seal the gasket material, which proved difficult to remove.

Subsequently, they used a wire brush attachment on an electric drill.

Because of this action, it meant that the fibers were released and spread all over the work area.

Concerns over the dust were raised by another employee, which led to it being tested in a lab.

The work area had to be closed down with immediate effect. 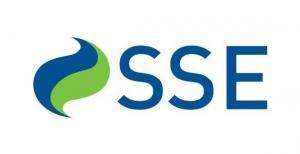 SSE Hornsea are taken to court

The Health and Safety Executive (HSE) went on to take legal proceedings against the company.

In court, the HSE described how SSE Hornsea had failed to identify that there was asbestos in the gaskets.

Not only that, but the maintenance team leader hadn’t even completed any asbestos awareness training.

This failure to comply with safety regulations resulted in unnecessary asbestos exposure to the companies employees.

Duty holders and employers have a legal responsibility to manage asbestos in their properties, carrying out an asbestos survey in their building so as not to put employees at risk of asbestos exposure.